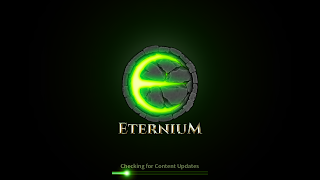 It's just so hard to find a nice, unassuming app that lets me wade through hordes of ghoulies with intuitive controls built specifically for my touchscreen, without a single mention of real money attached. This is that app. On the surface, Eternium is a stripped down, mobile-friendly re-skinning of a classic dungeon crawler like the original Diablo. And it's completely gratis, without any popups or banner ads ruining the ambiance.

There's the standard two-currency system, with basic transactions coming from gold coins and the more vital things, like unlocking sockets and spell slots, as well as opening certain treasure chests, costs gems. And certainly, you can buy gems with real world dollars, but it's hardly necessary. The game gives you ample opportunities to watch optional ad videos to pick up the extra handful of them, daily logon bonuses and side-quests (things like "kill 50 of this particular enemy NPC") pay even more. There's no point where content is locked behind a paywall. The ads are easily skipped over if your time is worth too much, and there isn't even a "Store" button where you can pay to win through various god gear. It's just a game, and a good one. 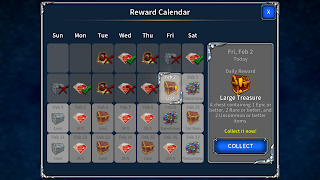 Spells, special attacks, and modifier effects can be deployed by drawing preselected rune shapes on your screen, which gives an air of strategy to the basic hack 'n slash mechanics. The first few levels will feel repetitive, but once these slots are filled, it's easy to feel like a genius for combining these runes together in a devastating volley that compresses a wide spread of undead bastards to one spot and then obliterates them all in one swing of a warhammer. You can't put a price on that feeling being just ten seconds away in your pocket.

The loot is plentiful, and the different modifying effects of armor, jewelry, and weapons is enough to equate this to a fairly sophisticated PC game system. You can even craft items, socket them for the myriad of jewels that you will collect, and the best part? You can sell items at any point. No need to teleport back to a safe village or finish the current map before getting your salvage reward, just pick something up, click sell, and that's that. This is a necessity, since the inventory remains teeny-tiny for a good long time. By Level 10, almost all looted armor and jewels had to be sold outright without any experimenting with different combos. I just didn't have the room. 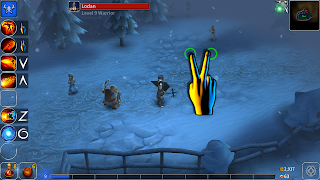 If you do like the look of a new item, the inventory screen will helpfully crunch the numbers for you and give any positive or negative on your stats if the item is equipped. And yes, this is something I always look for...your character appearance does change when you equip different gear. Thank goodness. Abilities can be upgraded, swapped out, and reassigned to a rune without any problems at any time. 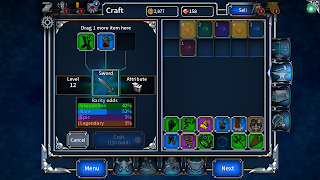 The game even features a surprisingly dense plot, if that's your thing. It's a pretty run-of-the-mill fantasy quest, including a dark lord, dragons, necromancy, and you rescuing each member of your party. Each of them has a handy ability or fighting style that compliments whichever character style you've chosen, and a little bit of an arcade-style personality. The amount of text attached might not compel you for long, but it's easy to skip over if you're in a hurry or can't engage with it. I feel good, though, knowing there's a game writer who got credit for all of this content and got to use it on a resume. It's perfectly fine work, it just might not be the correct venue for it. 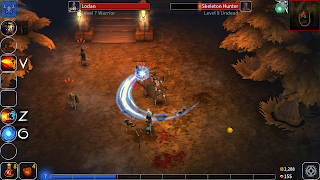 The only real complaint I can muster is a lack of intimidating boss villains or variety of locations. And those are quibbles. There's not drawback to downloading this little beauty. It runs well, there are no glitches, crashes, or lags, and it gets your directly to the action. It's one of the more solid games I've played from the Google Play store that didn't cost $1.99 or more, or eventually have a "no-purchase" limit on gameplay. I hope the folks at Making Fun, Inc. are damned proud of this.
Labels: blog Casual Friday