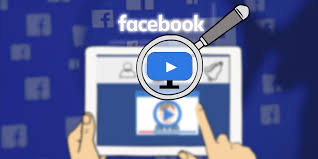 It's been over a year since Facebook announced that their streaming video arm, Facebook Watch, was available in North America. A few weeks ago, the platform went worldwide. Viewership is up, with millions of Facebook users tuning in for at least a minute of video daily. Now I know what a lot of you might be thinking...what in the name of Bast is Facebook Watch? It's that video button on your Facebook that no one ever presses. Apparently there are "shows" that look quite a bit like Youtube shows, but there are also "shows" that are, like, real premium television content.

Also, "Bast" is the panther god from Black Panther. They say "Bast" instead of "God" in Wakanda. I knew you were wondering. Watch that flick again, it's on Netflix now. 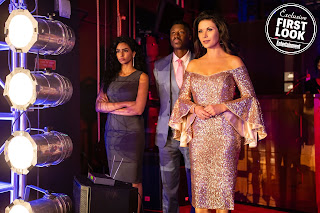 Also, there's "Sorry For Your Loss," a character-driven dramedy centered on a young woman (Elizabeth Olsen) grieving her spouse and possibly coming to terms with how little she knew him. It premieres next week, I guess. 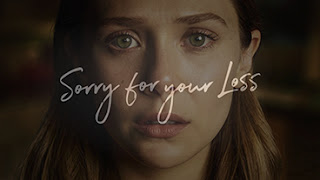 So, yeah. These are going to be on Facebook Watch. This is kind of like the first time the TV Guide channel tried to air actual narrative content in the top half-screen above the program listings.

This is all really frustrating, because Facebook could have launched Watch and found a toehold in the competitive streaming video market by aiming it at indie creators. In the last few years, indie creators have seen the writing on the wall and prepared the shift from advertising revenue to subscription/crowd-funding with the promise of premium content for loyal payors. Patreon, essentially. Youtube has recently made this something of a necessity, thanks to their reorganization of their monetization system that clearly kills smaller indie channels, as well as the number of bogus DMCA takedowns. Facebook Watch was timed so well to be a haven for video creators fleeing the Google-owned industry standard, while still providing them with the optics of one of the top three websites on the face of the earth. To be fair, indie creators are welcome on Facebook Watch and can certainly make (very little) money via ad-breaks in their videos, but just like Youtube there's a 45% cut of the profits that go to the tech giant, and to qualify you have to keep a minimum audience that essentially excludes anyone who isn't already an industry professional. They don't want indie creators. They want to tilt at windmills.

Watch should be a video platform that taps into Facebook's long-established social media roots, with every user able to become a possible mutual creator. But no, they decided to get into the prestige streaming television game instead. Watch doesn't even have its own app, let alone the amount of infrastructure that took Netflix and Amazon's Prime Video years to cultivate. So now, we have this admirable attempt to launch several reputable shows on...the one button on your Facebook app. The one in between "Your Groups" and "Marketplace." That's sad. It's piss-poor. But even more telling...it's entirely unsustainable. See, Facebook has committed $1 billion toward funding shows for Watch through the end of 2018. That's why "Queen America" and "Sorry For Your Loss" look like honest-to-goodness television programs. This is great, because it makes Watch look legitimate and provides some flagship content to hook recurring viewers, but it's also really dumb because after that initial huge investment, the plan is for Facebook Watch to become a self-sustaining video network based solely on...advertising revenue. There's no subscription (like Netflix, Hulu, etc.), no paywall for premium content that is subsidized by free content (like VRV, Youtube Premium, or many indie creators on Patreon). Many Watch content producers are already looking for alternate revenue streams because ad-breaks don't cut the mustard.

It's like having Crackle built into their social media platform. Go ask Crackle how well you're going to do when you decide to hide your Crackle clone under a bushel. 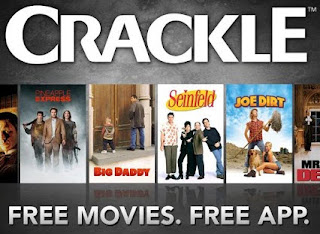 I guess the big explanation behind this is Youtube Premium (formerly Youtube Red) and their unexpected success with "Cobra Kai." Which was commendable. But keep in mind, this probably has less to do with that than it does with the constant shit-shows that erupt whenever an indie creator with a Youtube Red show or contract ends up doing something racist or repugnant. Why would Facebook screw around with people like Logan Paul and PewDiePie if they can start Watch with premium content already loaded? As you might imagine, Catherine Zeta-Jones has a professional publicist and manager, so even if she were to say something really dumb and offensive, she has an army of representation to make sure it doesn't get distributed to her fans. Unlike someone like Paul, whose publicist is his cat and whose manager is his big goofy fucking pair of sneakers, because he's a baby with six million dollars. And the way Watch is courting professional producers and talent right now involves the social media giant developing the programs right along with their content partners, of course. They want total control over the content, they want it to look as impressive as a Netflix Original, and then they want to rely solely on your Facebook behavior data  to drive the advertising algorithms and pay for all of it.

That's not going to happen. Mark my words, Facebook Watch will have to pivot to something different before the end of 2019, and I'd bet "Queen America" and "Sorry For Your Loss" don't go beyond their first ten episodes. This smells awfully familiar to anyone who remembers Microsoft and Sony trying to sprout a thriving streaming video channel out of their video game arms. We all remember how needlessly expensive, shortsighted, and behind the trends this was, way back in the hallowed days of (checking notes), um...2014.