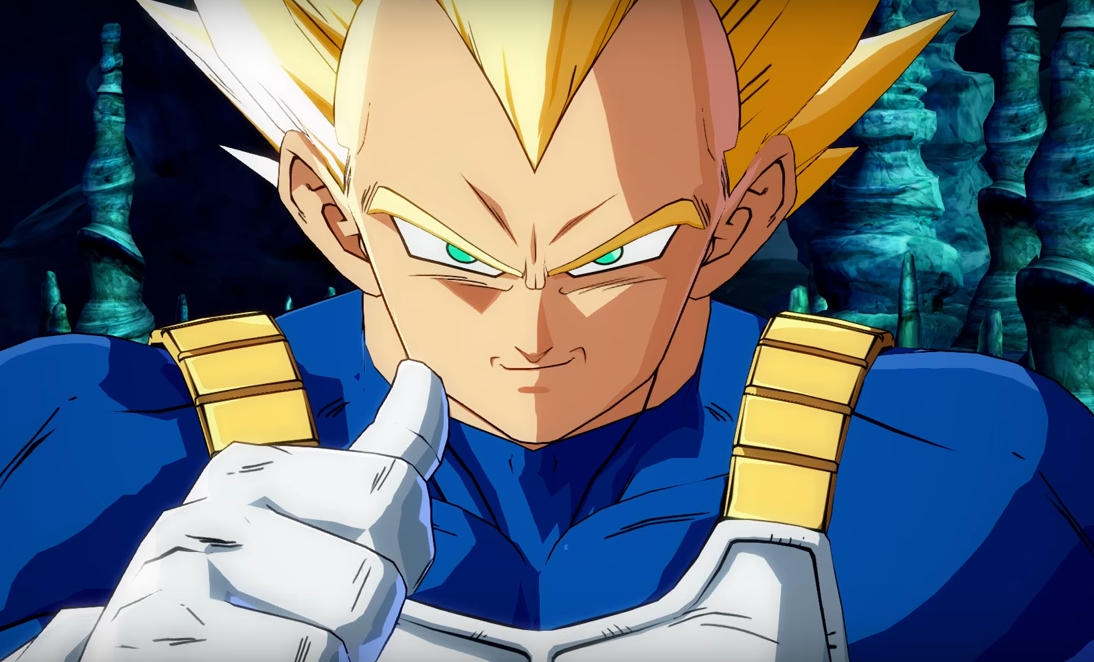 Session 6: Hail to the Prince of Saiyans

Sometimes motivation comes easy, and sometimes it has to be pulled kicking and screaming from your wretched body. Yesterday resulted in two different hour-long sessions on the exercise bike with Dragon Ball FighterZ, but today involved a rather long midday nap. I struggled to choose between exercising and playing while the family was out, or getting in some much-needed rest. I chose the later, meaning the challenge to actually get out the bike and continue tonight was very tough. But we soldier on.

When we last left off, I’d just unlocked Vegeta and was about to rescue Gotenks. Vegeta fans, cover your ears, because what I’m about to say will certainly offend you: he plays about like Goku. I know! Blasphemy! Still, I’ve shifted to Vegeta for my main at the moment to at least test him out. He’s a lot of fun, partly because Chris R. Sabat is stellar as always with his voicework, a compliment I can really give to every single character thus far.

Playing as Vegeta has given me a bit more love of mix-ups as I’m trying to experiment and not just get stuck in the obvious tricks. For instance, I can start a match one of three ways, those being a quick dash to Dragon Rush (pummel attack), a heavy attack combo, or a light attack combo. Yes there are other ways to go about it, but that’s generally been my three go-to options for starting fights. With Vegeta, I’ve tried to move from one combo to the next with little downtime. He’s got his Big Bang Attack as a regular energy blast, and his Final Flash as a finisher, which delivers that nice oomph.

Unlocking Gotenks brought a new weird character. Gotenks for those not in the know is a fused character consisting of two kids, Goten and Trunks. He always fights in his Super Saiyan 3 form, which makes him look ultra goofy since his hair is as big as he is. Add to that his silly nature and attempts at unique attacks and you’ve got yourself a lot of fun, especially in character conversations.

For instance, Goten is Goku’s son and Trunks is Vegeta’s son, so when going into a fight with all three, Gotenks stops to ask what he calls the two of them since neither is technically fully his dad and neither is technically not his dad. It’s cute to see Goku at least try and think of an answer while Vegeta just gets frustrated that they’re not already fighting.

Back to Gotenks, he fights with a few tricky little things, the first being his Super Ghost Kamikaze Attack, which has him blow out little ghosts of himself that explode on contact with the enemy. He also throws the Galactic Donut Attack, which is an energy ring that tightens around the opponent, allowing for a follow-up combo. His ultimate attack is Charging Ultra Buu Buu Volleyball (probably not called that here but it’s what Gotenks called it in the anime), an attack that compresses the enemy into a volleyball before spiking them down into the ground. Ultimately, Gotenks is fun enough, but I still find myself enjoying Gohan and Vegeta more.

One really weird running gag is how often character make fun of Gohan for liking to pose like the Ginyu Force. I always thought this was weird, but it was a cute little thing that happened in the anime where once Gohan takes on a super hero persona, he starts posing like a Super Sentai ranger, which everyone recognizes as coming from the Ginyu Force. I sort of hate how often they mock him for this though as at a certain point, it stops being funny and seems more like Gohan’s friends and family are all assholes. Give the boy a break! So he likes to pose; who cares?! Kid saved your ass from Cell and can break you over his knee if he felt like, cut him some slack!

I’m going to make this a shorter session that usual due to doing two yesterday, but this feels like a good time to finally bring up plotholes. Specially, Story Mode can’t seem to really make up its mind what the whole linking thing with the mysterious soul actually is and how it works. It’s supposed to explain why your characters can fight and have to switch out so that it’s not just a free-for-all or something, which, sure, participation points for trying to explain a video game mechanic from a story perspective, but then we’re told that characters can’t even fly unless they’re linked, which we immediately prove isn’t true.

It’s also strange that enemies such as Cell and Frieza aren’t just the weird clone versions of themselves but are the real, living versions. And they’re not sided with Android 21, so there’s no reason for them to retain their power, leading me to think that someone seriously dropped the ball with this whole “hey what if we explain that the player is controlling everyone and that’s the only reason the game is built the way it is” thing. It’s just too silly, and it doesn’t make a whole lot of sense. Just tell me that everyone’s power got reset to level 1 and that we’re slowly building back up and that the villains did it faster. Fine, that works for me.

Before wrapping up, I decided to try out the Combo Challenge again, this time with Vegeta, just for the heck of it. I’m pleased to say that I passed his challenge without really any difficulty, which either speaks to how simple he is to control as a character, or how my familiarity with the game’s mechanics are starting to improve. Either way, it was a good way to end the night.

Next time, I continue through Story Mode and hopefully finish the first arc since there are apparently two more after this. I can’t imagine how they’ll stretch this out for any real length of time, but we’ll see!
Labels: blog Riding the Backlog