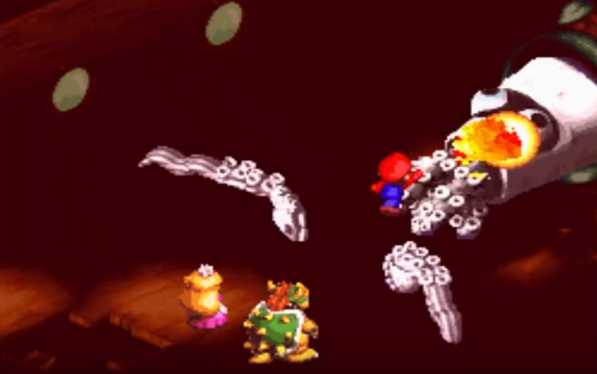 I have begun nightly yoga sessions followed up by occasionally jogging. It seemed like the correct thing to do since any new life change is best made when it can easily become part of a routine you’re able to maintain rather than something dramatic that shocks your system and makes you quit too quickly. To start with, I’m just adding 10-minute yoga sessions every weeknight and jogging around the block every couple days.

Jogging sucks. It straight-up sucks. But I’ve learned that despite my perceived poor health and large size, I am still somehow capable of jogging. And not just jogging, but jogging to an extent that I feel successful. I’m able to jog for upwards of 20 minutes without ruining myself or doing any damage, major or minor. No shin-splints, no back pains, no severe puffing and weezing. Rather, I can jog around, find a rhythm that lets me more or less breathe normally again, and just keep running. I hate it, but it’s been important to prove to myself that I’m not so far gone.

The people of Seaside town though, they’re definitely gone. Or at least, something about the town is clearly off. After finishing the fourth star plot arc with Booster and the wedding, we’ve reached something completely new and different near the sea. As soon as you walk into Seaside, you can hear the same music that plagued Rose Town while it was under siege by Bowyer, indicating that this town is suffering in some way as well.

Said suffering seems to be unclear, but all the town’s residents are goofballs with them staring at the spinning mushroom signs or wandering around their shops or standing on counters or overall giving off the vibe that something is amiss. What’s really harsh about all of this is that the town seems like an actual seaside town since it is PACKED with shops, but since all of them are full of shopkeepers who’ve cracked, I’m unable to enjoy the shops correctly. Everyone in town wants me to go talk to the town elder, who tells me I need to go retrieve the fifth star from the Sea, so off we go.

I should mention that I’m currently level 11, if that number holds any weight to you. I’m around the midpoint of the game, possibly further, and my highest character level is just 11. Super Mario RPG caps at level 30, which is unexpectedly low for most RPGs, especially ones from Squaresoft who are known for levels capping at 99 or 100. I suppose then assume I am around the mid 30s in terms of Final Fantasy levels, if that helps. I haven’t felt under-leveled in any encounter yet, mostly due to fighting pretty much every enemy I encounter.

Jumping into the Sea (it’s an official area name, so I’m gonna capitalize it, darn it!) sets me up to grab a Power Star almost immediately. The way Power Stars work in Super Mario RPG is pretty much how they work in any other Mario game. Namely, I become invincible for a short period of time and instantly defeat any enemy I run into. Instead of giving me a 1-up for defeating eight enemies in a single Power Star, any enemies I encounter just give me the experience points straight away, saving a lot of time. In running around, quickly dispatching starfish enemies, I managed to level Mario up to level 12.

The level-up system of Super Mario RPG also functions slightly differently than most RPGs. Upon a level-up, a character is given the option to further increase one stat group, either improving attack and physical defense, special attack and special defense, or max HP. Each level has a clear “best” option offered as one option will increase a single stat by 1 point whereas another may increase by 3 or more points. When first training up new characters, you’ll really want to get their max HP as high as possible since they’ll start at a disadvantage. Still, despite the game pointing you in a direction, you can ignore it and go all-in on a single stat. For Geno, Bowser, and Mario, it’s all about upping that attack stat. For Mallow, any extra boost to his Special is critical. And right now, Toadstool just needs to get some more HP.

The Sea, which is more a large cave that eventually leads to a sunken ship, features a new underground shop where I can get an upgraded weapon for Bowser--the Hurly Gloves. Each character has some fun, unique weapons, but the Hurly Gloves may be my favorite because Bowser attacks by grabbing Mario and throwing him into enemies twice if timed correctly. When grabbed, Mario’s spot in the party is replaced by the Mario doll that we’ve seen twice before. If, however, Mario has a status effect of any kind, Bowser will just chuck the Mario doll instead.

The Sea has a few nautical enemies of the weird variety, as is par for the course here, but nothing that really stands out to me. I’ve decided to fight every single enemy throughout this next section, and in doing so I’m reminded of yet another mechanic about battling--special flower things.

I don’t actually know the correct terms because the game never explains them, but when defeating certain types of enemies, you may get a bonus that looks like a thistle flower. These bonuses come in five varieties: Attack Up, Defense Up, HP Max, Once Again, and Lucky! I can take or leave the buffs to attack and defense since they rarely have much use in standard battles, but HP Max is very welcome, as you’d expect. Once Again is also nice since the stupid fast status-causing enemies like various rat enemies usually drop these when popped in one hit, which lets you attack again immediately, usually to pop its twin in the encounter. Finally, the Lucky! bonus is more a crapshoot than anything. You’ll be given the chance to double your coins or EXP from the battle, depending on what the game offers, and all you have to do is play a standard Three Card Monty game with Yoshi eggs. You’ll see where Yoshi is and if you can find him after the shuffle you get double coins or EXP. If you get a bird, it’s a tie and nothing changes, but get the egg with the scruffy black thing, a fuzzy, maybe? You pick that and you’ll get nothing.

Fighting every enemy also results in every character leveling up, which is good because Toadstool is getting bopped way too easily, especially once I enter the Sunken Ship. Her HP is the lowest of my party, and her defense isn’t really up to snuff, though her party healing ability is becoming crucial for success. Every time she goes down, I can either leave her until the end of the battle where she’ll jump up with 1 HP, or I can use a Pick Me Up item, the Phoenix Downs of this game.

Using items has a strange little mechanic called Freebies which I don’t 100% understand. Mostly, everything in this game works on correct timing, specifically attacking and defense, so on some level I just assume that there is timing involved to always get a Freebie when you use an item. I’m obsessive about pressing the button at all the little whistle sounds during the “you’re giving someone an item” routine, and most of the time it gives me a Freebie, which means the item doesn’t actually get used up. I could be entirely wrong about how Freebies work, but I’m going with my little ritual. No, I’m not going to look it up! (Update, I looked it up, I think I’m correct but I also still would have believed I was correct if it told me that wasn’t how Freebies worked).

The Sunken Ship is quite a bit different from the Sea as everything is themed around ghosts and haunted things, for the most part. You’ll start encountering truly horrifying grim reaper Shy-Guy ghosts with sickle hands called Greapers. They’re not overly powerful, but they usually get the first strike and favor elemental attacks that just take a lot of time to resolve.

I’m also running into the big issue of wildly inconsistent attack damage from my heavy hitters Mario and Bowser. I don’t know how it works, but sometimes they’re striking with full force for around 170 or more points of damage, and sometimes they can’t even get to 120, which leaves strategizing a little tricky.

The main attraction in the middle of the Sunken Ship is a simple riddle you have to piece together using a series of clues gained by completing challenges in six different rooms. I loved this section as a kid and I love it now because the challenges are just clever little diversions from the constant battles. The goal is to use the six clues you get in the six challenges to give the correct password to enter a boss fight, with the clues telling you details as helpful as “there are two vowels” to ones like “it is on the bottom of the sea.” The answer (spoilers!) is “pearls”, though as a kid I remember somehow solving it as “oyster” and getting really confused as it wasn’t working.

Saying the magic word puts me in a fight against the creature that sunk this ship, a giant Blooper named King Calamari. The battle begins first against three tentacles, then moves up in the room to defeat another set of three tentacles, and finally moving all the way to the boss himself. Overall, he’s not really that difficult as his signature attack picks up a party member and tosses them high into the air. When they land, they’re shaken up, but a quick Therapy or Group Hug from Toadstool fixes that right up. Since Therapy costs 2 flower points and Group Hug costs 4, and I have something like 65 flower points total, I’m able to heal as often as I like.

After defeating King Calamari, there’s a bit more ship with more enemies encounters, specifically against Dry Bones, which are annoying because the only way to defeat them in battle is with a Special Attack, and they’ll respawn almost immediately as soon as the battle ends.

The last thing to note for this session is that Geno has reached level 12 and learned Geno Whirl, one of the coolest and yet most useless Special Attacks in the game. It’s an attack that can do the max 9,999 hit points of damage if timed correctly, but only to basic enemies, EXCEPT for during a boss fight later on. Fun little trick to end that fight a heck of a lot faster.

By the end of this powering session, Mario has reached level 14 and the whole party is trucking along nicely. Up next is a battle against Johnny Jones himself, but first I think a certain treasure chest is about to give me some trouble. Until next time!