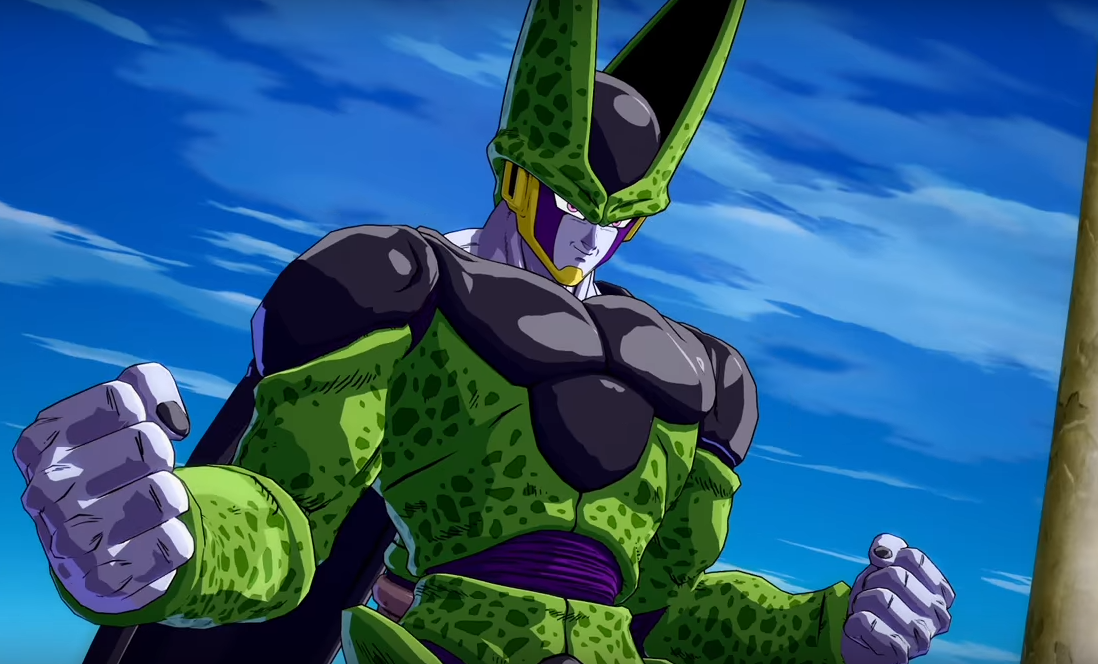 Woof, motivation to play is still as hard as ever. Despite a week with a three-night hat trick, the momentum came crashing down, resulting in over a week of inactivity. No riding, no playing, no nothing. Lots of time sitting and watching a thing and not really actively participating beyond the “ooh” and “no she didn’t!”


But we’re back for one final hurrah with Dragon Ball FighterZ. At least, the hope is we’re near the last hurrah. The first whole arc of the story got me used to slowly unlocking characters and adding them to my roster, but things have slowed into a pretty repetitive routine where all I’m doing is fighting the same enemies over and over again with essentially no variation.

I ended up doing a half session today as I slowly poked my head back into the exercise world, setting expectations at a manageable level. In a half hour, nothing really changed in the game, other than adding a few character interactions to the collection. Even those interactions, previously a highlight, have lost some luster as they’re not really covering new ground anymore. Every first time a character faces off against their clone, they have a bit of dialogue saying, “Yup, that’s my clone. I guess I’m fighting myself.” Not a lot of depth is mined there. Even worse, characters aren’t getting a ton of new interactions out of each other. Everyone is still giving Gohan a hard time about his posing as Great Saiyaman, Goku is still sort of clueless about things, Gotenks is still acting childish, Vegeta is still brooding. I want more, but I don’t think I’m going to get that.

So, this feels like a good time to explain how Story Mode actually works. Each chapter places you on a game map with icons showing opponents. You’re given a set number of turns before you get a game over and you have to defeat the boss of that chapter before your turns are up. Moving to a different space takes up a turn, and if there’s an opponent on the space you move, a battle begins.

The battles themselves are the biggest disappointment. Sure, I can add some variety by choosing which characters to include in my team, and my characters gain experience points and levels by winning fights, but the rest of the opponents are largely the same. Battles only come in about five varieties, those being standard battles, tutorial fights (which have the AI’s difficulty turned down even lower to allow you to following the same tutorial instructions a dozen times), rescue battles where you gain a new character upon completion, Kid Buu fights where you get to fight an experience-heavy Kid Buu, and the boss battles that must be completed in order to advance the story.

I’m also able to augment my team with up to three bonuses including stronger damage, defense, ki, etc. A lot of it feels like the capsule system from the Budokai series, which I really liked. Here I’m just not interested and since the game hasn’t even told me how the system works I’ve ignored it completely. Back in the Budokai games, I remember making some really unique fighters, like a Great Saiyaman with the heart virus (both combatants continually lose health) and the heart virus antidote (you don’t lose health). Here the strategy doesn’t feel too necessary.

Once in a fight, I’ve sort of eluded to the possibilities but haven’t elaborated, so let’s do that! You have four primary attack buttons, those being light attacks, medium attacks, strong attacks, and ki attacks. Stringing together light attacks are fast and simple. Medium attack strings always result in a special attack assuming you have at least one bar of ki to use. Strong attack strikes consist of three heavy hits meant to launch the opponent around. You can also fire a bunch of ki blasts in rapid succession, forcing opponents to come in close to fight.

Beyond those, I can switch characters by holding the left trigger or bumper, summon characters for a quick assist attack by just tapping the left trigger or bumper, do a Dragon rush with the right bumper, close the gap between me and an opponent instantly with the right trigger, do a sparking attack thing by pressing both right bumper and trigger, instantly teleport behind an opponent for a strong attack by pressing both medium and strong attack buttons, and charge ki by pressing and holding the light attack and ki attack buttons. That’s pretty much all there is to the fights, other than every character can fire a one-ki-bar attack instantly with a down-to-forward control push and the right bumper, or a three-ki-bar ultimate attack with a down-to-backward control push and the right bumper.

Yes, each character has some nuance and their own set of moves beyond that where some have technical abilities like Krillin and the Solar Flare, while others have a quick grab-throw like Android 18. I just wish I could use Android 18 in the story already. I also wish the game would push me a little harder. I’m nearly at the end of the first story arc and I’ve yet to have a single character drop below half health, let alone get KO'ed.

The story inches along with Android 21 eating Nappa and then I guess attacking Cell with the food beam as well? It doesn’t make it clear, but supposedly Cell’s terrified that she’s even stronger than before, a fact that means nothing to me lest we forget I face-rolled over her the first time we battled.

Next time may be my final session as the library due date is here and I may be out of renewals. I may also be out of patience and things to say, which would be far worse! Come back then and we’ll find out together!
Labels: blog Riding the Backlog