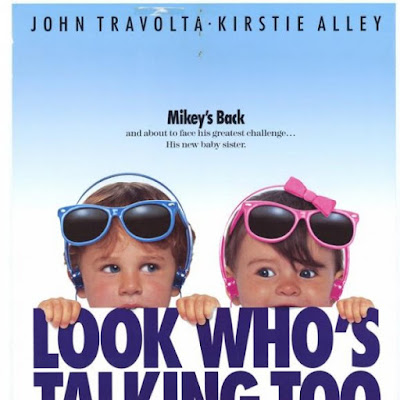 Trapped in isolation with the family, every night has become movie night and I haven't watched anything over a PG-13 in about a month. To a degree, that stinks, because even if my kids have impeccable taste, there isn't a great smorgasbord of human stories aimed at them. But I'm telling you right now, the trappings of a "family friendly" film have always been--to borrow a phrase from such a movie--more like guidelines than actual rules. Maybe becoming a parent has rattled my perspective, or perhaps I always felt put out by the sex jokes and weird tangents into adult drama that these movies sometimes indulge in. The content is far from alarming, but the snide sort of "this joke is for the parents to laugh at" attitude felt insulting to me even as a child. If your screenplay is clearly dull dreck to anyone over the age of five, the simple band-aid of a diaphragm joke isn't going to fix it, it will merely infect the whole thing and make it all gross. And same can be said when any sort of complex emotional drama or over-the-top peril is concerned.

If your screenplay is clearly dull dreck to anyone over the age of five, the simple band-aid of a diaphragm joke isn't going to fix it, it will merely infect the whole thing and make it all gross.

When I say "talking baby movie," you'd be right to conjure images of cute children laughing about poop-related situations, perhaps at worst a crass joke about breast milk. For the most part, yes, that's Look Who's Talking in its purest form. It's a movie that takes even potentially disturbing developments into toothless sitcom territory. John Travolta's character does essentially abduct a child, commit mail fraud, et cetera, but his natural charm and the film's kiddie tone firmly place this behavior as that of a rakish rapscallion and not a morally bankrupt fink. By the end of the movie, his misdeeds have been completely circumvented by his fierce positive role as a dad figure.

The quickly manufactured sequel, Look Who's Talking Too, is definitely a reheated serving of the first movie's cuteness and overarching plot structure. But this precarious balance of tone, it's completely upended. Lurking behind the talking baby veneer is this weird, disturbing kitchen sink drama that culminates in an armed burglary and babies trying to escape a structure fire...alone. It's objectively terrifying. And that's after an audience expecting cute baby humor sits through Roseanne Barr's vagina jokes, an entire scene devoted to a crack pipe, Elias Koteas doing an extended Taxi Driver riff. Did we need this self-absorbed, co-dependent, deadbeat wannabe vigilante uncle character in this talking baby sequel? What even is this movie? Who is it for?

Well, we know what it is. The first movie did very well financially, and it was easy and cheap enough to crank out another right on top of it. All they needed were some hammy kids, an early-days-of-aviation-hobby Travolta who really wanted to buy a new plane, and hey--if Bruce Willis is willing to spend one afternoon in a recording booth making an oaf of himself, surely the most popular television star of the day will do the same for an easy paycheck, right? All the elements are there, for a paltry sum. In retrospect, it's a bit laughable that both sequels in this series crumble so easily in structure and tone when they are such no-brainers.

But here's the thing about the Look Who's Talking saga...the title is ironic, like "The Walking Dead." Because as much as the babies (and eventually the dogs) are talking, no one does more wild-eyed toxic bickering this side of Virginia Woolf or Tennessee Williams than Kirstie Alley and John Travolta. While the first film borrows heavily from the lead actors' sitcom personas--Alley's hyper, bookish, adversarial tongue from "Cheers" and Travolta's boyish, doofy everyman from "Welcome Back Cotter"--their chemistry in the first film is undeniable. It just unfortunately hangs completely on a playful flirt between frenemies.

In this sequel, now that they are a married couple, the will-they-won't-they tension has curdled into something quite gross and traumatic. They are fucking screaming at each other incessantly through this entire movie over the most petty nonsense. The kids look terrified. This family is entirely dysfunctional. And the movie hinges more than half its plot on this yuck relationship. For whatever reason, the babies who talk with the glib brick-wall timing of a 1990s comedian are sidelined in favor of watching two mismatched people try and fail to co-parent.

I'm making this sound like Look Who's Talking Too is like a secret Marriage Story, but that premise is doomed by both parental figures being unreasonable, churlish, and despicable from their first scene.

I'm making this sound like Look Who's Talking Too is like a secret Marriage Story, but that premise is doomed by both parental figures being unreasonable, churlish, and despicable from their first scene. And since the kids are auto-aged up from infancy to toddler-hood, their sibling rivalry is unpleasant and harrying as well. There's nothing nice to cut to, for much of it. If there's one thing that this movie captures--possibly inadvertently--is how the bliss and beautiful wide-eyed wonder of a baby eventually transforms into the selfish obsession and hair-trigger emotions that govern a toddler's existence for a few years. And how that toddler energy can creep into the entire household. Parents don't know what the hell they are doing.

There's no real plot to discuss, it's just a movie where the babies talk and the parents can't stop sniping at each other in the hallway while their kid watches terrifying old (possibly racist) cartoons. There's a screenplay formula: the parents fight enough that their emotions boil over and they seperate, only for an unrelated dangerous situation to bring them back together united in their protective instinct for their kids. It's exactly what happens in the first film. But beyond that mere ten minutes of actual plot, it's just Montage City. 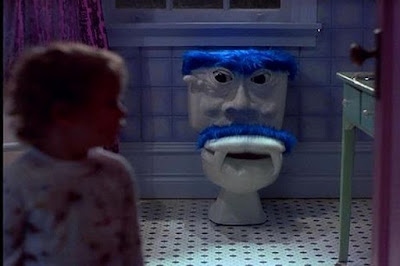 I've just voided my bladder. But the really innovative thing about this sequel's laziness is how blatantly it advertises other corporate synergistic content at you. There's just a sequence in this movie where Bruce Willis Baby watches toy and candy commercials for a few minutes and makes half-hearted japes at them. Why are you telling the children watching this movie to go see Total Recall? I want to know.

Structurally speaking, yes. It's one-hundred-percent a cheap rehash of the first film. Even my the inconsistent tone and muddled audience aim is a franchise mainstay; all three of these films open on footage of sperms swimming merrily toward an egg, with credits in COMIC SANS over the top, set to cute pop songs! Who is that for?! Much like a Shrek 2 or a Hangover 2, it feels desperate for relevancy, grasping at pop culture crapola that firmly cements the exact moment in time that a studio would make it. This is pure Tri-Star/Columbia/Sony/Whatever in the early 1990s, when no one knew what the hell was going on, and occasionally you'd get a true classic like Groundhog Day out of them. But mostly quick cash-in crap like Look Who's Talking Too.

Is the rehash settled? Don't worry, I won't do the dog one until I run out of ideas. But you're gonna miss the subtlety of LWT2 when that day comes. Mark my words.
Labels: blog movies Settle This Rehash